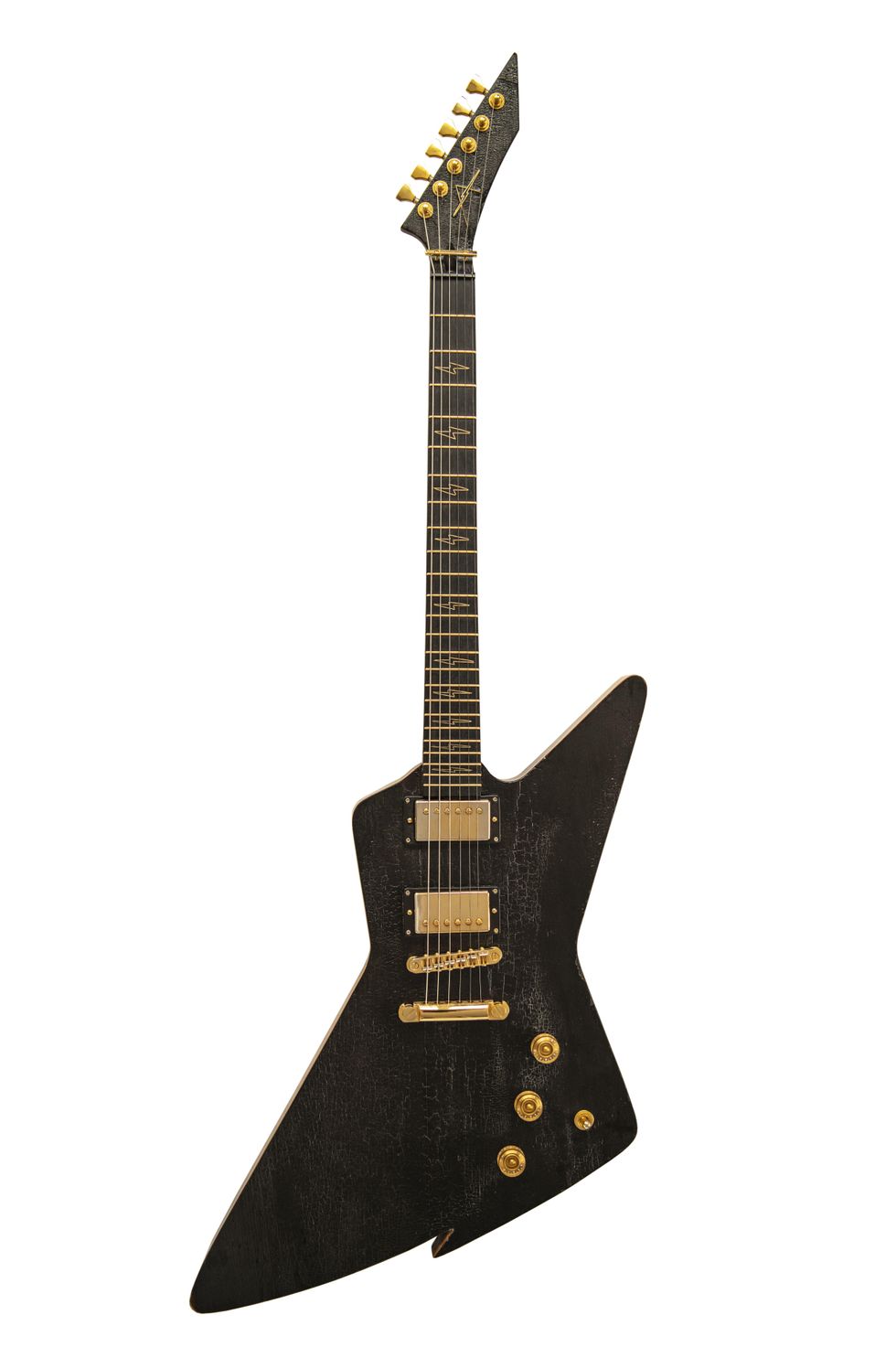 The Akselerator Electric Guitar, Based on Gibson Epiphone SG

Back when things were locked down for Covid in 2020, my then 7-year-old son Aksel found an old Epiphone SG in the back of a closet that I’d bought 25 years ago but never learned to play. He took to it immediately. A weekly lesson soon started at the Williamsburg School of Music when things opened up a little and he was hooked. However, after sitting for so long, the SG needed to go in for a tune-up eventually. With nothing to play for a few days, we started talking about building a simple string between two nails on a board stretched over a Coke bottle contraption, as a fun little project. But it’s only rock ’n’ roll if it’s electric. Suddenly we were researching pickup-wiring schemes and the difference between a single-coil and a humbucker, etc. It quickly became clear: Why don’t we just build a real guitar?

And so, it began. I guess kind of like the Suzuki method, but with a few more RPMs. We set about building his dream guitar with as many design elements that a 7-year-old would want while at the same time trying to avoid anything that would be cringeworthy later in life. 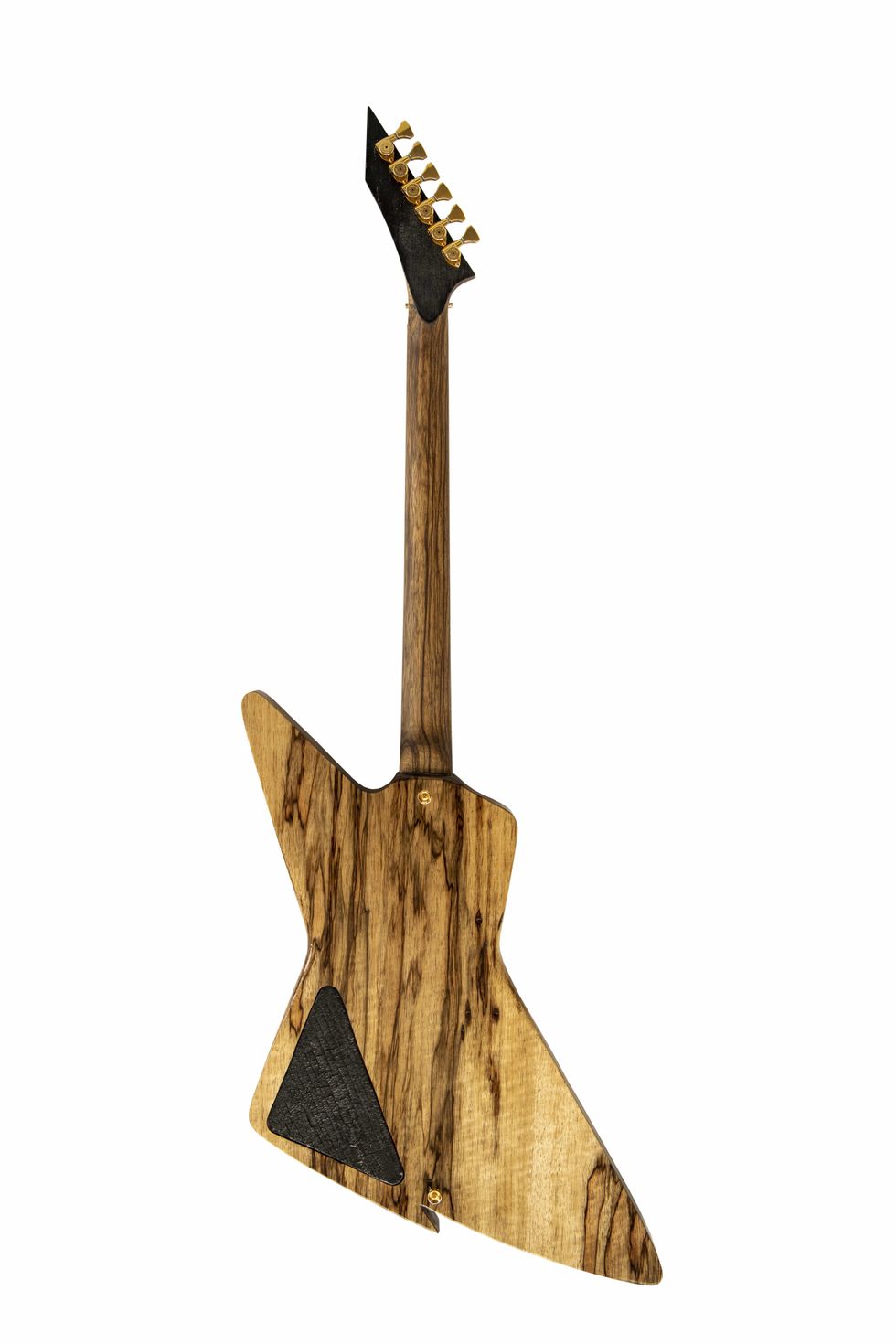 The design is based on an Explorer but with an extra lightning-bolt notch cut at the base. Besides being badass, the Explorer shape is a great option for kids because they can reach over the smaller body shape above the pickups easily. It can be tricky for him to get his arm around larger guitars or acoustics. We started with two blocks of black limba for both the body and the neck from BYOGuitar. We decided to burn a basswood top sheet using the Japanese Shou Sugi Ban technique, which we’d seen on an architecture show. It worked well, and we found a great clear coat solution that soaked in just enough to make the charcoal stable and not come off on your hands but didn’t make it look like a shiny candy apple, either. 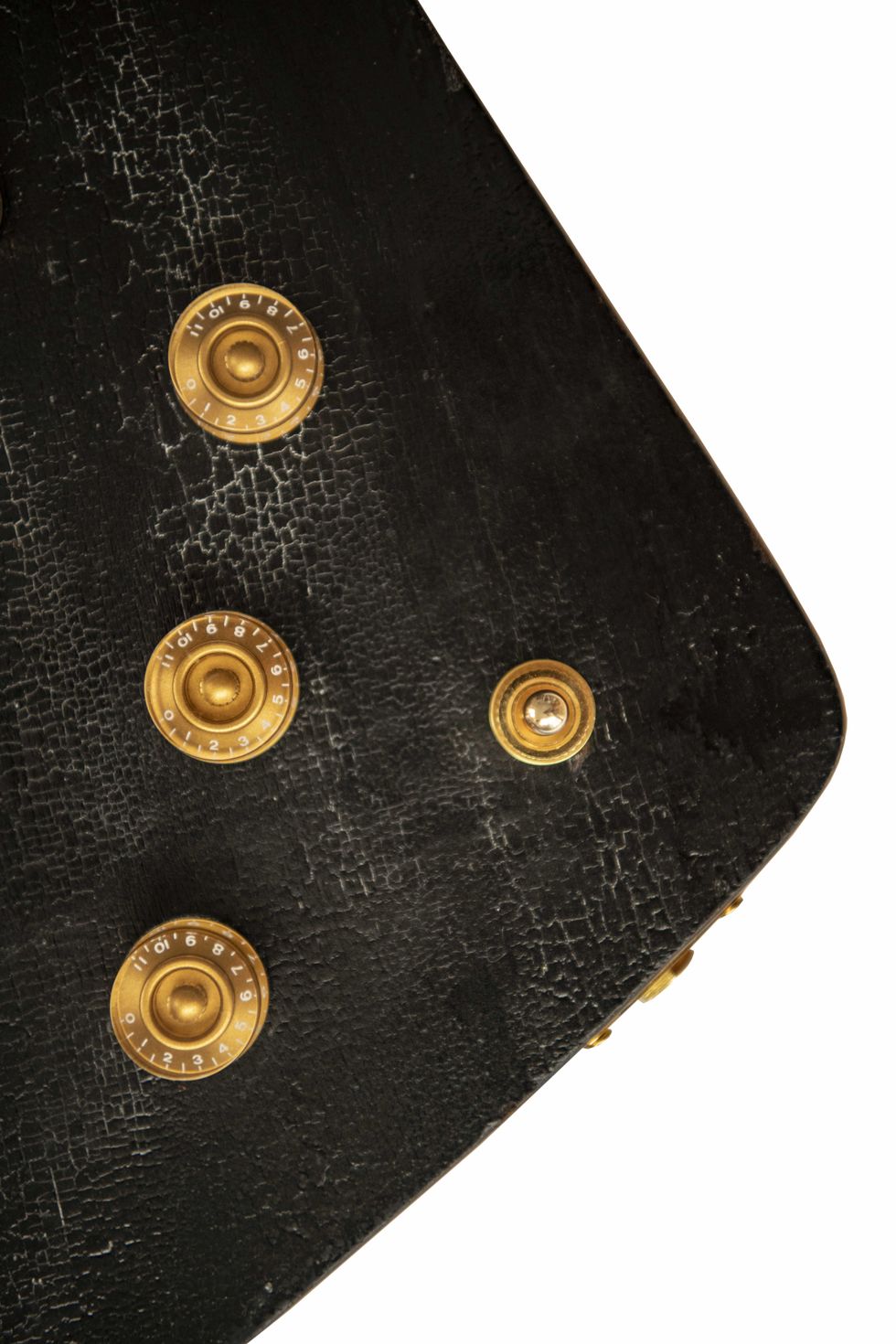 Here’s a look at the character created by the Japanese Shou Sugi Ban technique.

I have some experience in woodworking but have never built a guitar before. A friend who has a full woodshop in his basement let us come over on and off for six months to work on the project. With the help of many YouTube videos and countless StewMac specialty tools, we were able to build the “Akselerator.” We put the same burned finish on the headstock and inlayed Aksel’s personal logo in brass on it. This also matches the brass-wire thunderbolt inlays in the ebony fretboard. The pickups are a Gibson ’57 Classic Plus in the neck and a Gibson Burstbucker in the bridge. It has glow-in-the-dark side dots, a magnetically attached back plate, Hipshot locking tuners, and knobs that go to 11. For when you’re on 10, but just need a little more! 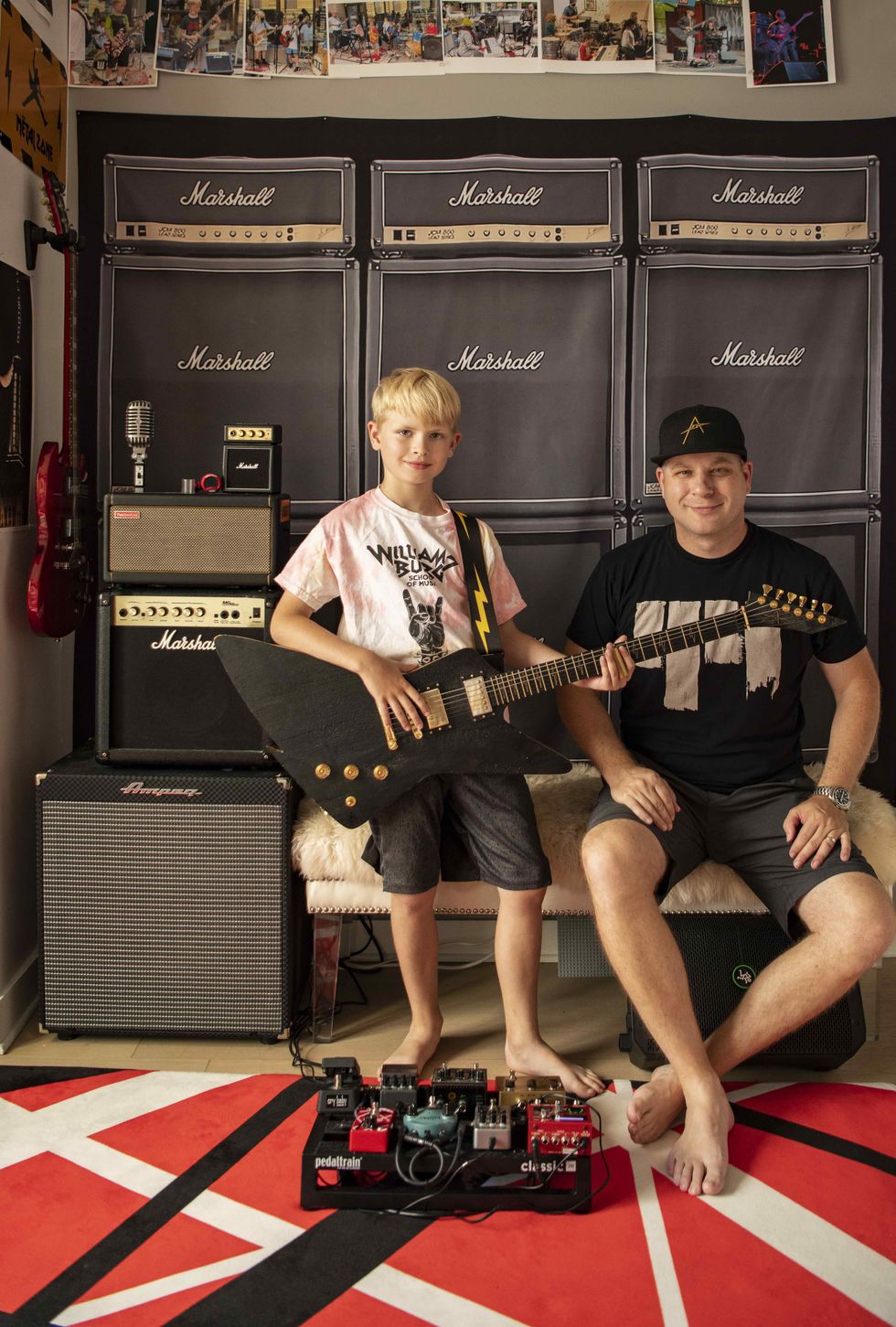 Scott and Aksel McDermott pose with their 6-string creation.

The Akselerator came together well and sounds fantastic. Aksel plays it every day at home and uses it as his show guitar whenever he plays a gig. (He’s now in a band with a fellow 3rd-grade drummer friend.) I’m his roadie/security for the Akselerator, so that it makes it home without getting damaged by little sticky fingers. The project was an extraordinarily positive experience for both of us on many levels. Aksel learned all about guitars, inside and out, how to use all kinds of tools and techniques, had lots of shop time, and now has a one-of-a-kind custom axe to shred on and melt faces with for years to come!

From Your Site Articles

Related Articles Around the Web